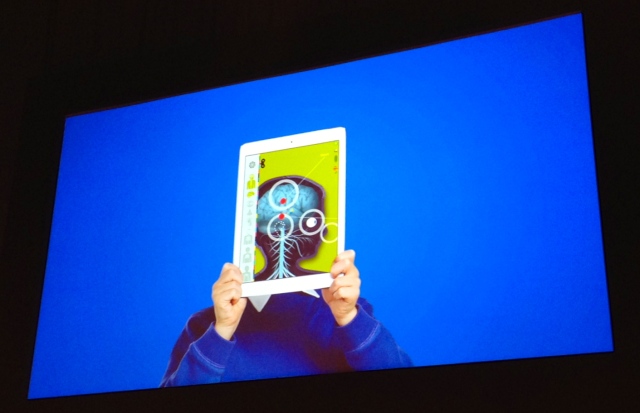 I‘m writing this blog post on my sleek new iPad Air whilst sitting on the new High Speed Rail link between St Pancras and Rochester. Before I moved to France, back in 2008, neither of these tasks would have been possible. Indeed, the suggestion of “typing on a tablet” would have led to questions of one’s sanity. However, only six years later, over 20m of UK citizens will be using a tablet device in 2014 and we are witnessing a revolution take place in educational faculties world-wide.

As educators, we know better than most that things change. We also know that many a technological fad has come and gone. Perhaps though, it is the aforementioned tablet, (of the digital variety) that has provided the opportunity to change the very foundations of what constitutes a ‘normal’ classroom. As documented by Ken Robinson, many aspects of schooling are still recognisable from their origins in Victorian, Industrial Britain. Thankfully, most other aspects of society have moved forward and despite the best efforts of Mr Gove to thwart creativity in the classroom, the inspirational pupils, teachers and schools presenting at the Apple Leadership Summit, are moving things forward in education.

First, we heard from some fellow ADE’s (Apple Distinguished Educators) about what they have been up to at their respective schools. It was great to see some familiar faces from the ADE institute in Cork last year and their stories continue to be inspirational. Then it was the turn of the schools. We were fortunate enough to hear from teachers and pupils from Hove Park School who showed us how they had used Keynote and the iPad camera to create superb poetry. This may not initially sound like the redefinition of learning, however the collaboration, feedback and peer review aspects of the projects would not be anywhere near as fluid without the use of iPads. Furthermore, the pupils enthusiasm towards their work, and indeed their digital expertise, holds further testament to the use of mobile devices.

Next it was the turn of Flitch Green to blow our minds with their use of iMovie. Head teacher, Nathan Lowe, was supported by pupils and staff alike as they demonstrated how they used iMovie to assist with creative writing. Again, the confidence and expertise of the pupils shone through and indeed, one Year Six pupil, who had previously struggled with writing, was able to stand up and read a short extract of his superb work to a room packed full of delegates. It is, of course, the instruction of teachers that ensured this progression, but having an iPad available offers simple, but highly effective, creative opportunities to learners of all abilities.

More inspiration came in the shape of two schools that are blazing a trail with regard to innovation in the classroom. Derek Trimmer and Niel McLeod walked us through the remarkable journey of Hove Park School. The story itself is incredible enough; in 2009 it was a failing school with only 29% of students getting 5 A-C’s at GCSE. Five years later it is a hub of creativity where over 60% of students recently passed more than 5 A-C’s. The improvement in grades is one thing, however what resonated most with me was the additional data they were able to share. Data that confirmed the positive impact iPads had had on learning. Interestingly, a team from my school, King’s Rochester, had recently visited both Flitch Green and Hove Park and can vouch for the transformational learning that is taking place.

The story behind Lever House Primary School in Lancashire was equally inspiring. Headteacher, John Hurst, presented his vision and how learning at his school had been transformed by a pedagogical approach that ensured learners inquired, questioned and created. He recognised that the teacher was no longer the fountain of all knowledge and that students should be able to engage with the internet, learn how to search safely and effectively cross reference their discoveries. The iPad had been instrumental in delivering this approach but John’s vision went even further. He held school blogging, and publishing content to a global audience, in high esteem as well. He also believed in empowering some students to actually moderate the posts. This is an initiative we tried in Monaco and was highly successful, despite the fact it went against the grain of popular opinion.

In conclusion, it was hugely refreshing to hear that other, highly successful and innovative schools and their leaders shared similar ideals, values and pedagogical principles to me. The schools and their pupils were shining examples of how it can be done if the vision and belief are there. The leaders behind the vision knew from the outset they would face opposition, challenges and make mistakes along their journey. Nevertheless, they knew that these risks were worth taking in their quest to ensure that the learning experiences of their students were relevant, engaging, meaningful and FUN!