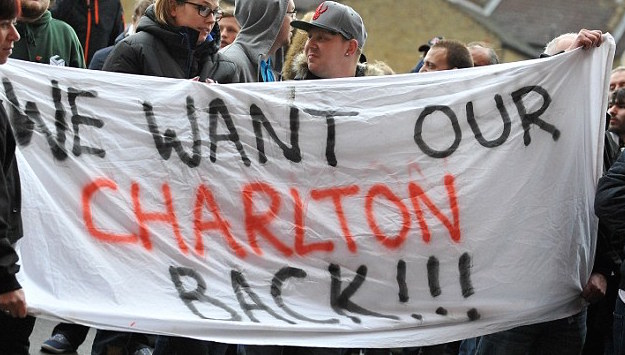 Charlton wrapped up 2015 with another defeat. This time at the hands of a very average Wolves side. Some of our defending was comical and our impotence up front was frankly, pathetic. In my mind, there is no real doubt that the players are trying their best but many of them are simply not good enough and others have had any fragment of confidence they once had, completely shattered.

The situation at The Valley is awful and I fear, will get worse before it gets any better. Not only do we have a dangerously weak squad but also an incompetent ‘Interim Coach’. Karel Fraeye is wildly out of his depth and if he had any real respect for the club, would walk away immediately. Following the defeat at Bristol City, he referred to them as Bristol Rovers and after losing to Wolves, seemed to imply that the hostilities he faced as he left the Valley pitch were actually aimed at the players!

His tenure has been nothing short of shambolic but even if he did walk, what next?

No self-respecting manager would touch Charlton with a barge-pole as things currently stand. The club is rotten to the core with Mr Roland Duchâtelet at the helm. His involvement in player recruitment and team selection means that only his puppets will be allowed to take the job at CAFC. Furthermore, all the signs are there to indicate he is pig-headed and arrogant enough to avoid realisation that his model of running a successful club is simply not working. Surely someone with his business acumen should realise to get the best return on his investment, he needs to invest in the first team squad to the extent they can win promotion to the Premier League? Why is this not happening? According to Katrien it’s because other Championship clubs are willing to invest £20-30million in their squad whilst Charlton ‘are not prepared to do that’.

One theory I overheard in the Upper North vs Wolves suggested that it would be in Roland Duchâtelet’s interest that we get relegated as support would dwindle further. This in turn would lead to our need to stay at the Valley to come into question. He would then be able to move Charlton Athletic to a smaller stadium in the regenerated Greenwich Peninsula site and sell the Valley site for a reported £25million. Therefore, doubling his original investment! This is in complete contradiction to the target 20,000 initiative recently touted by the club but we already know that lying comes very naturally to our owners.

Personally, I can’t see it happening but it is not beyond the realms of possibility. The sheer arrogance and belligerence the Belgians have shown towards Charlton fill me with dread. They talk about business and profit as if that is the point of football. In this interview (at 13:30) Katrien Miere suggests that football fans are “funny’ because they think they have ownership of a club. She goes on to compare running a football club to a restaurant or a cinema! She simply does not seem to understand that football is not like a restaurant. In the dining world, if you don’t like the food you can go somewhere else. True football fans are the lifeblood of a club and do not have that option. However, they can simply stop going and that appears to happening at Charlton. At Wolves yesterday, the attendance was boosted by the kids for a quid initiative – which I took advantage of myself. However, the dross served up by our Belgian leadership team meant that instead of nurturing the next generation of addicks, they may well have put them off for life.

Roland, Katrien and Karel – get out of OUR club.

At the City Ground on Tuesday, the Nottingham Forest fans compared Charlton striker Simon Makienok to Andy Carroll in a less than favourable light. His performance against Forest was distinctly average and he missed two guilt-edged chances to win the match. There were even a few grumblings about him eminating from the 400 or so Addicks who made the 300 mile round trip.

How quickly things can change.

Against Hull City yesterday, the 6’7″ Danish striker was the man of the match, scoring a great header in the 52nd minute following an inch perfect pass from Johann Berg Gudmundsson. He returned the favour in the 8th minute of injury time; teeing up the Icelandic No.7 to head a brilliant 98th minute winner that sent The Valley into scenes of delirium! It was a fantastic end to a very assured performance from the new look Addicks. So much so that manager Guy Luzon was sent to the stands for an over enthusiastic celebration that saw him run Mourinho style down the touchline and disappear underneath a pile of ecstatic Charlton players!

Luzon must take a huge amount of credit for yesterdays performance and indeed, for Charlton’s excellent start to the campaign. When the fixture list came out I was concerned that we would get to the end of August with little to show. Home matches to two of the relegated teams, QPR and Hull City and away games at pre-season promotion favourites Derby and Nottingham Forest looked daunting. However, to take 8 points and remain unbeaten is a substantial achievement. Moreover, the collegiality and work-ethic apparent in the first team suggests a really good team spirit that bodes well for the rest of the season.

Another player who stood out yesterday was new-boy, Ahmed Kashi, who played superbly just in front of the impressive back four. He was a constant nuisance to Hull City and broke down plenty of attacks and distributed the ball with a calm sense of intelligence. Patrick Bauer continued his excellent start to the season and also deserves a special mention as he appeared to dislocate his finger in the second half and the whole crowd winced as the physio popped it back in the centre circle!

After the final whistle, Addicks fans poured out onto the sun-soaked streets in SE7 in great humour and voice. Last minute winners are always special and this was no different. The team deserved the 3 points and the offensive, attack-minded approach favoured by our manager really is breath of fresh air that complemented the glorious August afternoon perfectly.

It’s been well over a year since I last blogged about Charlton. Moving back to the UK, finding somewhere to live and starting a new job all meant that blogging about football had to be put on the sidelines. However, things are a little calmer now and I thought I’d add the occasional Charlton post to my Education Blog that I did manage to keep (just about) on top of.

Coincidently, my last Charlton post concerned the 3-2 victory over Bolton at The Valley in April, 2013. In that game, Charlton were 0-2 down and relegation seemed a real possibility. However, Johnnie Jackson got us back into the game with a battling solo effort and we went on to win 3-2; Yann Kermorgant bagging the winner from the penalty spot.

The other Charlton goal that afternoon was a towering header scored by former Addick, Dorian Dervite, who yesterday started in defence for Bolton Wanderers. Yesterday’s game lacked the excitement of the 3-2 comeback – but few games could rival that. What we did see was two very well taken goals; the first – a classy finish from Romanian striker, George Tucadean in the 28th minute. Jackson added the second in the 51st  minute – finishing off a fine move down the right-hand-side in style. However, this time round it looked more like Bolton who would stage a comeback.  Indeed, after Moxey pulled one back for The Trotters three minutes after Jackson’s goal, Charlton remained on the backfoot for the rest of the game.

Thankfully, our defensive performances this season have been superb and last night was no exception. Bikey and Ben Haim looked as solid as ever, although Wiggins made a couple of errors that appeared to suggest a few communication issues between the back four. Nevertheless, the Addicks held on and after 5 nervous minutes of stoppage time, Charlton took all three points and remain just outside the play-off positions in 7th place. 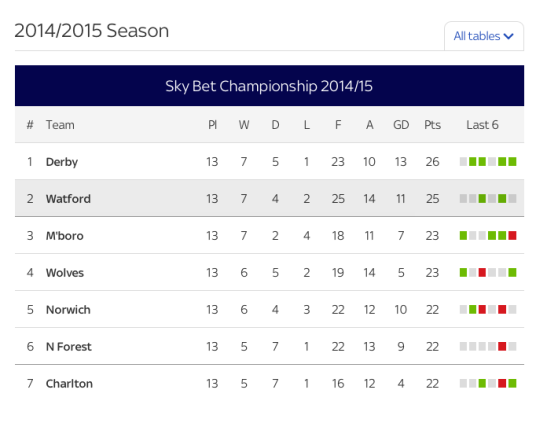