Last academic year I purchased four Raspberry Pi starter kits for school. I had read about their huge potential via blogs, twitter and indeed, the national press but to be honest, upon there arrival, I was a little disheartened. I had no HDMI monitors so had to wait until they arrived, then my network manager said he was unable to hook them up to the network, and at that point I had no WiFi so I could not even get access to the internet via the credit card sized computer that had promised so much.

I took one of them home and got it working, but after some initial excitement and progress, it soon ended up back in it’s box gathering dust.  Nevertheless, although it was out of sight, the Raspberry Pi was not out of my mind.  It was clear that the £30 computer had an awful lot of potential in the classroom and was something that many of my students would love to get their hands on. I just needed something or somebody to help me unlock it’s secrets and gain the confidence to unleash the Pi into my curriculum.

Remarkably, my prayers were answered when I noticed a link on twitter, directing interested teachers to apply for ‘Picademy’. I duly did just that and enjoyed two days of the best CPD I have ever had the pleasure of undertaking. ‘Pi Towers’, as they are known, are situated in Cambridge and proved a great venue for the 20-or-so teachers who had been selected to attend. Day one was spent learning about the various different features of the Pi and some introductory taster activities that certainly wet our appetite for more.

Sonic Pi now comes as standard on all new Raspberry Pi B+ devices and is really quite extraordinary. It is the brainchild of Sam Aaron (@samaaron), and is a music production programme with a difference – the user codes the music! It is relatively easy to use and also rather addictive. By entering code into a window and running the programme, Sonic Pi would respond with the music you had coded – the production sounded like the offspring of Kraftwerk and Acid House pioneers Aphex Twin – both of whom were major influences on Sam. Sonic Pi could have many uses in the classroom; from music lessons through to computing lessons and I was also particularly impressed by the ‘Live Coding‘ Sam demonstrated for us.

Every teacher is probably aware of Minecraft. It’s a game that has had a huge effect on school children and the fact that Microsoft just forked out $2.5 billion for it, tells you all you need to know. I am not a gamer and have never played it before, but I’m open minded enough to realise the excitement a hack-able version would cause. The Raspberry Pi now comes with one! Since demonstrating this to a few pupils upon my return from Cambridge, break-times have not been the same! I have been inundated with pupils desperate to have a go.

All new Pi’s will also come with a GPIO (General Purpose Input/Output) version of Scratch. Admittedly, there was a lot of effort required to simply make the Sprite move across the screen by touching two paper clips together – but it was worth it! It should also be noted that as with anything; the more one practices, the more efficient one would become in their use of both the soft and hardware.

The second day at Pi Towers was rather different. We all had the chance to build on what we had learnt on Monday, and work together to complete a project. I really wanted to learn more about Sonic Pi whilst two of my colleagues decided to focus on the Minecraft Pi Edition – therefore I provided the music and they provided the dancing block-bot within Minecraft itself! Another group created an amazing, Pi-Powered, Harry Potter sorting hat! There were plenty of other brilliant projects too and everyone seemed hugely enthused with the ideas and creativity on display.

There has been a direct, instantaneous positive effect of Picademy on my school. Already I have built a ‘Pi Station’ for pupils to use and every break and lunch time since, pupils have spent their free time hacking Minecraft, playing with Sonic Pi and getting to grips with the basics of Python. I have met with a Sixth Form student, who wishes to complete his coursework on creating a Raspberry Pi Network, and pointed him in the direction of some of the brilliant people I was fortunate to spend a couple of days with in Cambridge. Personally, I have been constantly playing with my own B+ and building on the skills and knowledge I ascertained at Pi Towers. The Raspberry Pi people really are a great bunch who have a really positive business ideal – to create the computer scientists of tomorrow by providing them with a fantastic, engaging and fun computer that opens up a whole new computing world. If you ever get the chance to help them in their quest, then I would strongly recommend that you take it.

It is the 21st Century; so by default, all teachers that currently teach are 21st Century teachers. However, what differs across schools is how each teacher is utilising the remarkable technology we have at our disposal. Part of the job, as a 21st Century Teacher, is to best equip the learners of today for their future; therefore it is essential teachers have the necessary skills and understanding necessary to maximise the possibilities that exist in our ever increasingly digital world. 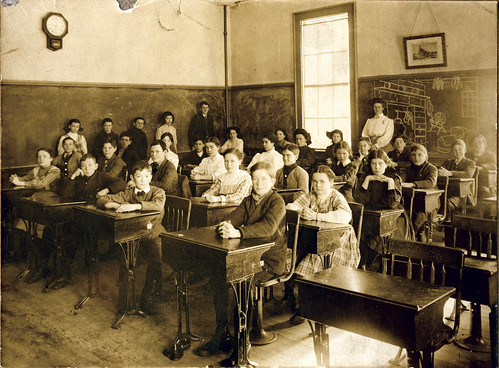 There is not an argument disputing the fact that the potential for teaching and learning in the 21st century has undergone a paradigmatic shift. However, as I have experienced first-hand, that potential is being unfulfilled in many classrooms where, in reality, not much has changed since the days of the ’19th Century Teacher’.

It is imperative, therefore, that today’s teachers understand and embrace technology. It would be incredibly unfair if we ignored the mobile learning opportunities on offer to our classrooms and overlooked the huge transformations and potential impact on education they allow. Additionally, 21st Century Teachers should not neglect the incredible resources available that help us to teach students how these devices work and how the algorithms that underpin them came to light.

21st Century teachers should ensure they have the digital skills that allow a redefinition of learning to happen. It is also imperative that 21st Century teachers adapt their teaching practices to the developing learning needs of their students. Our students have grown up in a digitally focused world in which using and engaging with technology is second nature. So, whatever we want to call ourselves – we ARE 21st century educators, like it or not, and we must adapt our teaching accordingly.