Over the Christmas break, King’s was involved in a flurry of activity. Despite the lack of students, the ancient

corridors were witnessing a fundamental change in the learning environment. WiFi was being installed…

Across the school, peculiar little white boxes adjoined with four flappy panels appeared on many of our walls and ceilings. These devices, otherwise known as AP’s (Access Points), offered a seismic opportunity for change in our classrooms and opened up the endless potential of transformational digital technologies to our pupils.

In the Prep School we took the decision to invest in a number of iPads. Although we are well aware that the devices are better used in a 1:2:1 environment, the acquisition of shared devices is a huge stepping stone in the right direction and an exciting statement of intent. Eight weeks into the project, the iPads have been in almost continual use. From subjects as diverse as Latin and Maths, they have been used in a whole host of imaginative and creative ways and are fast becoming a much-valued resource.

What though, and most importantly, has been the impact on learning? Last week I took the opportunity to gauge the opinion of those who matter most, our pupils. The results of the survey are published below and are a real cause for celebration: 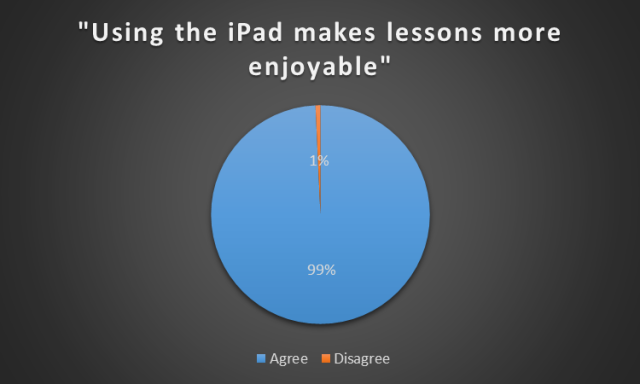 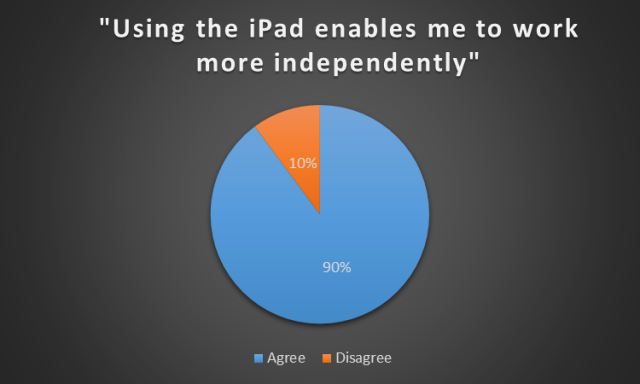 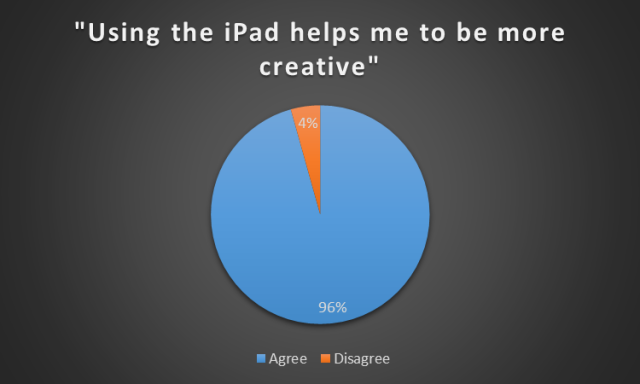 In conclusion, the graphics above tell their own story. We are very much in the early stages of iPad adoption but already they have had an incredibly successful impact on learning and pupil engagement. Interestingly, the statistic concerning sharing work on the devices caused the most disagreement, and that in itself is telling. Having shared devices does not help to create a dynamic workflow and neither does a lack of connectivity to the classroom display board. We do have a few Apple TV’s up and running but are looking to roll out ‘Airserver’ in the very near future. When combined with Showbie and our school blog site I expect to see an increase in connectivity between teachers, pupils and the outside world. We know there is a huge amount of work ahead of us, but we can be confident we have made  a very positive start and that plans are in place to ensure future success.

One thought on “The Impact Of iPad – Results Are In…”